To share your memory on the wall of Bill Ewert, sign in using one of the following options:

Dad was born on the farm near Lockwood, SK on June 19, 1943 to Menno and Lottie (Bartel) Ewert. They moved to the farm west of Drake in 1945, where he grew up with his seven siblings.

He attended elementary school at Bloomfield School just north of the farm, grade 9 and 10 at Drake School, then went onto Rosthern Junior College for Grades 11 & 12. He was baptized on June 10, 1962 at North Star Mennonite Church. After high school he attended the Canadian Mennonite Bible College in Winnipeg for two winters, where he met the love of his life, Leona (Tiny, as he lovingly called her) Braun. They were married on May 29, 1965.

Dad farmed with his older brother Jim and was known for his straight seeding rows long before GPS and autosteer were a thing. He loved looking after the land; always striving to be a good steward of the earth. In retirement, Dad helped a few neighbors with seeding and harvest. When his nephew Chuck started farming Dad helped him until 2018. He also spent more time with Jim working on his passion, restoring antique cars. He knew every small detail and part which differentiated the years of a Ford Model T.

Three of the most important things to Dad were family, church, and community. Family was foremost in Dad’s thoughts and actions. The love that Dad and Mom had was evident to all who knew them, he recently mentioned that he “loves her as much now as he did the day they were married”. Dad had a special relationship with each of his children and grandchildren. He spent countless hours taking his grandchildren for rides in the cars he restored, even making a special car for them to drive. He also maintained great relationships with all his siblings, in-laws, nieces and nephews, as well as many friends.

Dad believed in supporting his community and spent seven years on the Lanigan Board of Education. He was instrumental in getting the Drake Community Centre built in conjunction with the School Board. Dad also spent six years on the Drake Credit Union Board. He volunteered on the Drake Co-op Board, was a founding board member of the Scattered Spokes Car Club and a member of the Saskatoon Antique Auto Club. One of the last boards he gave his time to the was the Community Fundraising Board.

Dad had a strong faith and supported the Church in many ways. Over the years, he held positions of Trustee, Usher, Youth Leader, Sunday School Teacher & Superintendent, Auditor, sat on the Boards of Education and Missions, and sang in the choir.

Dad is pre-deceased by his parents, his youngest sister Eleanor Weatherhead and his sister-in-law Anne Ewert.

A sincere thank you to our family, friends and especially to the North Star Church family and the community for the prayers and support during this difficult time.

Dad’s last years were a struggle with Parkinson’s. In memory of Dad, donations can be made to the Parkinson’s Society of Saskatchewan. A Memorial Service will be held at North Star Mennonite Church, Drake SK on Saturday, July 24, 2021 at 2:00 p.m. Interment in North Star Cemetery.

To plant a memorial tree in honor of Bill Ewert, please visit our Heartfelt Sympathies Store.

We encourage you to share your most beloved memories of Bill Ewert here, so that the family and other loved ones can always see it. You can upload cherished photographs, or share your favorite stories, and can even comment on those shared by others.

Posted Apr 06, 2021 at 10:09pm
We wish to express our condolences to you and the family Leona at the loss of Bill. You will be in our thoughts and prayers in the days to come. May God provide you with the comfort only he can give.
Lloyd and Anne Bartel
Comment Share
Share via:
I

Posted Apr 05, 2021 at 11:20pm
Our sincere condolences, Leona and family, in the loss of Bill. Our thoughts are with you in this time.
Ida McLaren and family
Comment Share
Share via: 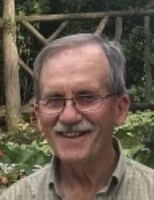