To share your memory on the wall of Paul Remlinger, sign in using one of the following options:

To plant a memorial tree in honor of Paul Remlinger, please visit our Heartfelt Sympathies Store.

We encourage you to share your most beloved memories of Paul Remlinger here, so that the family and other loved ones can always see it. You can upload cherished photographs, or share your favorite stories, and can even comment on those shared by others.

3 trees were planted in the memory of Paul Remlinger

Posted Mar 02, 2021 at 04:29pm
Aunt Carol, Robin, Launa, Nick, Trent and families - may the many wonderful memories you made with him during his lifetime sustain you through this challenging time. I have several memories of Uncle Paul - one was of him standing in their kitchen near the door and playing with "clicker balls"; another one was him explaining to us children that the exterior walls of the house had broken glass mixed in with the stucco and that when the sun shined on them we would see many colours; and the mean turkey that he rescued me from one summer day in their yard.
Comment Share
Share via:
CF 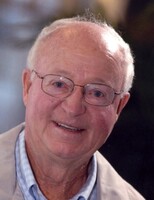