To share your memory on the wall of Sheila Madland, sign in using one of the following options:

Sheila was a compassionate woman; thankless, selfless and resilient. Many of us came to know Sheila as not only a friend, but someone to depend on. She placed the care and need of everyone surrounding her above herself even in her last moments. Let us remember her not only as an outstanding and unforgettable nurse and staple in our community, but as an example of a truly humble being.

Sheila was raised on the countryside of South Allan with her family. Upon graduation at Allan Composite School
she met the love of her life, Brant Madland. She then pursued further education at Siast in Saskatoon where she received her Registered Nursing Diploma.

Brant and Sheila were married on July 21st, 1979 at the Bethel Historical site, just south of Young. They purchased their first quarter of hills and rocks and began breaking it to make way for their farm. With little money available, the two worked endless days and countless hours to build their life together. Their family soon began to grow while the farm expanded. This year would mark their 42nd wedding anniversary and their 40th crop.

Anyone who knew Sheila was aware of the few popular places to find her: hard at work, picking up the 3rd extra shift of the week at the Watrous hospital; delivering a hot, home-made meal to the family at work in the field then operating the combine moments later; or planting her immaculate garden and flower beds or restocking at the season's best greenhouse.

We were so fortunate to call Sheila our friend, coworker, loving wife, mom, and grandma.

We are so thankful for the impact Sheila has been able to have on each of our lives.

Gone far too soon, but remembered for a lifetime.

We love you, our silent hero.
Read Less

Donations are being accepted for: BETHEL HISTORICAL SOCIETY.

We encourage you to share your most beloved memories of Sheila here, so that the family and other loved ones can always see it. You can upload cherished photographs, or share your favorite stories, and can even comment on those shared by others.

Posted Feb 11, 2021 at 06:24pm
I am so sorry to hear of Sheila's sudden passing . She has always been a rock we can rely on when we take our illnesses to the Hospital. She was exceptionally kind and helpful to me and Ray's family when he spent his last few days in her care. She will be missed by many of us as a devoted nurse and a caring friend. I wish you all well. Sandy
Comment Share
Share via:
DP

Posted Feb 11, 2021 at 11:20am
Our deepest condolences to the Madland Family on your loss of Sheila. I worked with Sheila, for a time, at Watrous Hospital and found her to be very hardworking and caring. Our paths would cross over the years as we had mutual friends and also we would run into each other when shopping in Saskatoon. We always stopped and had a good chat. We were shocked to hear of her passing, as she went much to young and was so very deserving of a long relaxing retirement. May memories bring you peace and comfort in the days to come.
Darlene and Gordie Pitchko
Viscount, Sask
Comment Share
Share via:
ML

Posted Feb 08, 2021 at 09:32pm
Brant and family,
Our deepest sympathies, thoughts and prayers go out to you all. May your memories comfort and sustain you during this difficult time.
Greg and Cindy Frey and family

Posted Feb 08, 2021 at 06:14am
In memory of Sheila Madland
It is very sad to learn that Sheila passed away on Feb 4. We have many unforgettable memories from our visit at your farm and your visit to Norway. Her family will be in our prayers and hope you will have strength to go further in life together with your great family members.
Warm hugs from Ruth and Per, Maalfrid and Leif, from Kristiansand, Norway.
Comment Share
Share via: 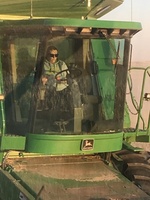 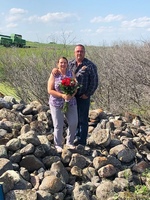 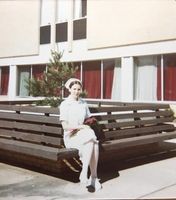